Your Roadmap To Optimal Intestinal Health

When most people think about the gut, they think of digestion. But that’s just a small part of the picture. The truth is, the state of your gut determines the state of practically every other part of you, establishing you as either the picture of health or a portrait in suffering.
In fact, it wouldn’t be off the mark to think of the gut as your control center. And that’s a fabulous thing because it’s a control center over which you have lots of control! So let’s get clear about all it does and put you back in charge!
It takes guts.
For many people, it’s a big surprise to learn that what goes on in their gastrointestinal system has a major impact on both the functioning of their brain and the state of their emotions. It turns out “having a gut feeling” is a real thing.
The gastrointestinal tract has its own nervous system: the enteric nervous system (ENS). It contains 100 million neurons and runs all the way from the esophagus to the anus. The ENS operates independently from the brain and spinal cord, transmitting information to your brain via the vagus nerve — a cranial nerve running from the brain stem to the abdomen. And believe it or not, the gut informs the brain more than the brain informs the gut (the ENS is sometimes referred to as the “second brain”).
Because the gut is home to more than 90% of your body’s serotonin and about 50% of its dopamine, many depressed and anxious people often experience profound relief when they improve their diets.
Your mood and brain function are deeply impacted by the health of your gut, so how you feel isn’t all about what’s happening in your head!
Immunity is a gutsy thing.
Your digestive tract is also where 80% of your immune system is located. Research has found links between gut health and a wide range of ailments, including obesity, allergies, asthma, and cancer—leading to a developing theory that many diseases stem from an interruption in proper communication between the gut and other parts of the body.
Now, if your gastrointestinal system is central control for your immune system, ground zero for disease prevention is a group of lymphatic tissues found there known as “Peyer’s patches,” thought to be responsible for roughly 70% of the immune system’s general functioning. They work as a surveillance system, analyzing all the food that passes through and then sending one of the following messages to the rest of your intestinal tract:
When the Peyer’s patches falter, your body starts absorbing things it should reject and rejecting things it should absorb. Generally, people have about 30-40 Peyer’s patches. Unfortunately, as we age they tend to atrophy and lessen. This is a big part of why with advancing years comes increased susceptibility to disease.
Fortunately, a few simple strategies will help optimize the health of your Peyer’s patches and your gut overall, giving you the edge you need to maintain a sound mind, able body and happy disposition.
Your roadmap to optimal intestinal health.
1. Limit or stop consumption of:
2. Only take antibiotics when absolutely necessary (these play a major role in killing off healthy gut flora).
3. Avoid exposure to pollutants, pesticides, and other chemicals.
4. Eat fermented foods such as raw milk yogurt and kefir, sauerkraut, and kim chi.
5. Take a powerful probiotic to flood your system with good bacteria such as lactobacillus acidophilus and bifidobacterium lactis.
6. Manage your stress. (Things like yoga and meditation don’t just calm your mind, they help heal your “second brain” as well.)
Those are the basics. Nothing too surprising, right? And if you go through a period of eating poorly or having to take antibiotics, you can help your gut heal by recommitting to these healthy practices — especially taking a strong probiotic to replenish your gut with good bacteria.
It’s been over 2,000 years since Hippocrates said that all disease begins in the gut. We’re lucky enough to be living in a time when we understand why that is and know it’s never too late to give the second brain a second chance!
Photo Credit: Shutterstock.com
Source: http://www.mindbodygreen.com/0-15649/your-roadmap-to-optimal-intestinal-health.html 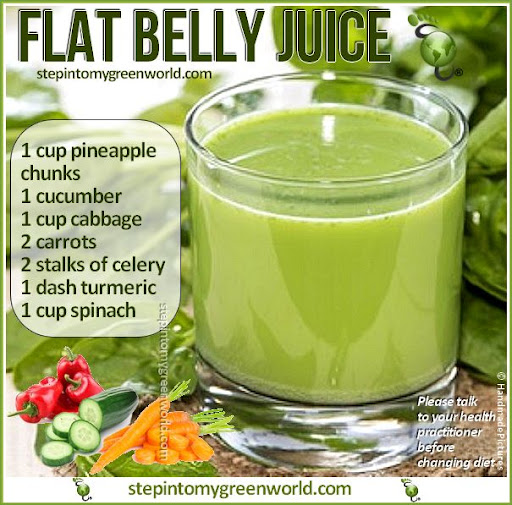 BB Cream or FoundationHere's where I admit that I only looked at BB Creams, not foundations. BB Creams are considered skincare usually, so they're more likely to be paraben free and there's more than enough coverage for almost everyone.1. Maybelline Dream Fresh BB 8-In-1 Beauty Balm Skin Perfector: This is one of my favorite BB Creams to recommend, and there's a new version of it (Maybelline Dream Pure BB Cream), which I haven't tried yet. It has 2% Salicylic Acid to fight blemishes (which isn't pregnancy friendly, hence my lack of testing) and there are some great oil absorbing ingredients as well.2. Garnier Miracle Skin Perfector BB Cream: Everyone loves this one. I fully admit I haven't used it, it doesn't match my skintone.3. Pond's Luminous Finish BB+ Cream: This is the BB Cream I use pretty much every day.More Expensive Options: Smashbox Camera Ready BB Cream, Clinique Moisture Surge CC Cream, Bobbi Brown BB Cream SPF 35ConcealerConcealers tha…
Read more